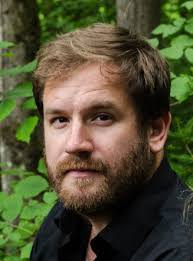 Born and raised in Cambridge, MA, Adam is an avid folk singer performing frequently with Northern Harmony, traveling throughout Europe, South Africa and the U.S.

As co-founder of the folk music duo “Sophie et Adam” alongside his wife, French mezzo-soprano Sophie Michaux, he frequently performs a varied repertoire of European and American folk music. He is an accomplished classical singer as well, recently performing the tenor solos in Mozart’s Mass in c minor with the Onion River Chorus in Montpelier VT. Recent solo highlights have been the tenor Evangalist in Arvo Pärt’s “Passio” and baritone in Duruflé’s Requiem with the Trinity Church Choirs in Boston, where he serves as staff singer.

As a composer, Adam has enjoyed many recent performances and commissions from nationally acclaimed ensembles including Lorelei Ensemble, Conspirare, Seraphic Fire, WordSong Boston, Palaver Strings and the Oriana Consort.

Amanda Acorn is a dance artist, choreographer and movement educator based in T’karonto/Toronto, Canada. She creates intimate, sensorial encounters and responsive environments for embodied exchange. Her teaching work engages with functional movement, Pilates, Somatics and Dance practices to engage the sensory and perceptual systems and open awareness through playful exploration. www.amandaacorn.me 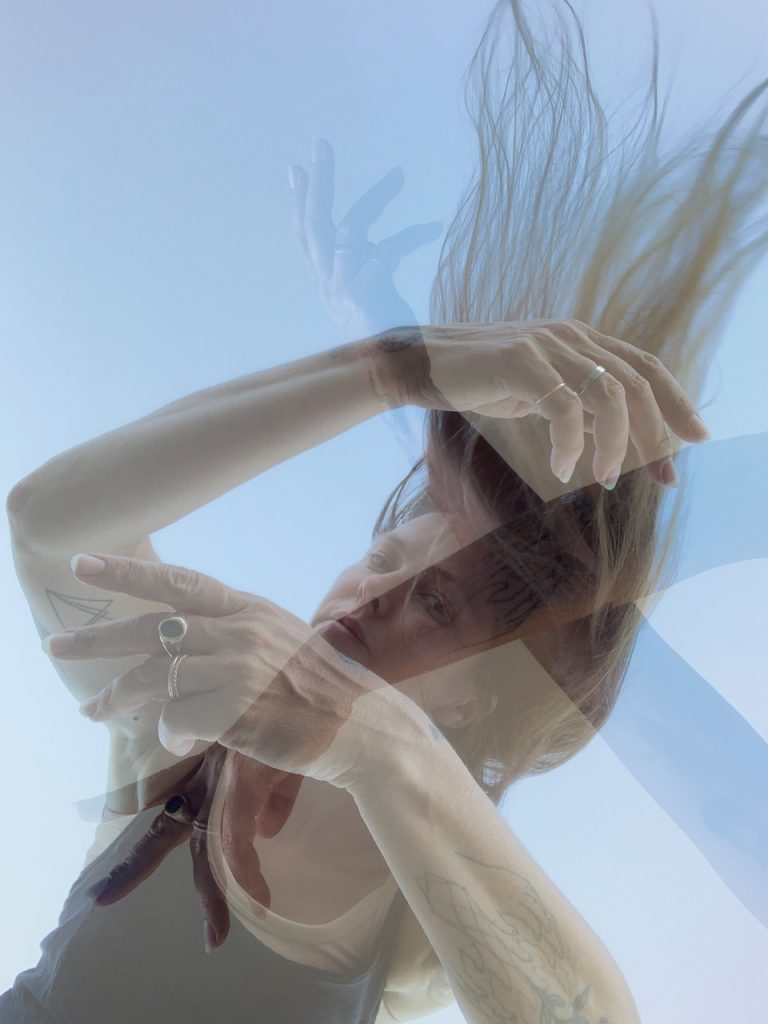 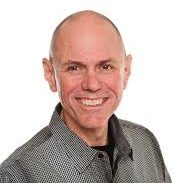 Brian Tate is an award-winning Vancouver-born (now living in Victoria) composer/arranger and popular choral clinician and choral director. He was the founding music director of Vancouver’s 100-voice City Soul Choir (2009-2019) and taught singing and choir at Langara College for 22 years at Studio 58, Langara College’s professional theatre school. Brian performs as a jazz vocalist and also performs with Dawn Pemberton and Karla Mundy in the world music a cappella vocal trio “TriVo”. Brian has had a lifelong interest in music of the African Diaspora, and has travelled and studied in Cuba and West Africa. He frequently gives choir workshops and is in demand internationally as a clinician and workshop leader. Brian is a passionate advocate of life-long music-making at all levels.

Caitlin Belem grew up in a house full of music in northern Wyoming. She fell in love with the fiddle at a young age and and continued to learn, playing saxophone and guitar, and singing through private lessons, school groups, and with her parents. She has explored many genres, from Brazilian bossa nova and samba to Cuban son, to American jazz, blues, and swing. She’s performed in diverse venues, from thousand-seat concert halls to living rooms to TV and radio with the Brazilian/Latin band Maracujá, the swing/folk duo Modern Bygones, the Basque ensemble Ospa, and The Fireants.  Currently, she is pursuing a PhD in Ethnomusicology at the University of California, Berkeley. 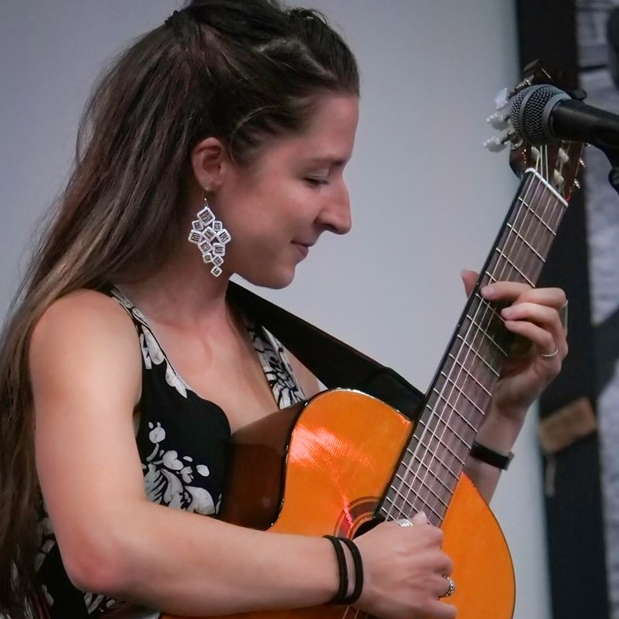 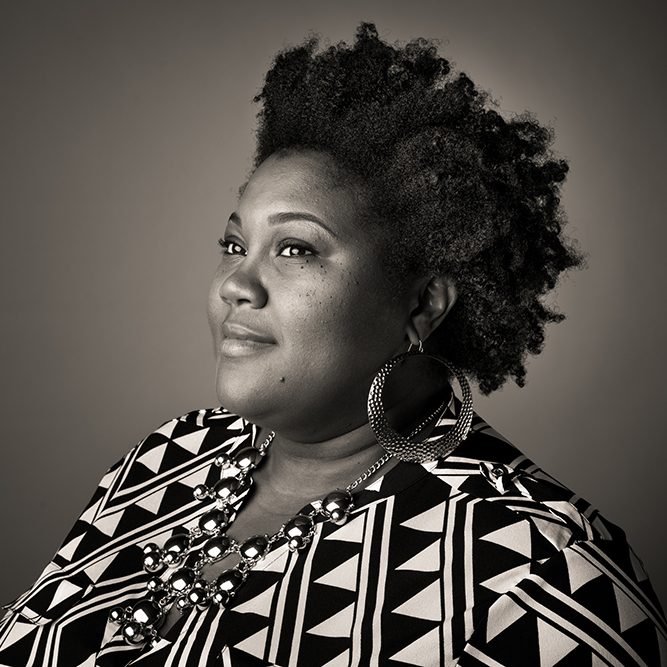 Vibrant, genuine and soulful, Dawn has deep musical roots that take her powerful voice from gospel and soul to jazz, funk and world music. She has become a staple of the Vancouver music scene and can often be found tearin’ it up as a vocalist, teacher, facilitator, adjudicator, choir director and “go to girl” for live performances and studio sessions. She currently directs Roots ‘N’ Wings Women’s Choir and teaches masterclasses and workshops all over Canada. A passionate educator and performer, Dawn approaches music with a sense of adventure, quirkiness, and serious groove and shapes it into her own unique and dynamic package. Tight, expressive and bold, Dawn will hit you where it counts, funk you up and make you say “Go ‘head!”

Jennifer Scott is a singer and pianist born in Vancouver, BC, Canada. She specializes in jazz, blues, and world music. She is considered one of the more important jazz artists working in Canada and the United States today. As well as being a performer, she arranges and writes jazz and pop tunes, with several CDs containing a combination of original tunes, tunes she has arranged, and more traditional tunes. She has also appeared on many CBC recordings and has worked with many other musicians both live and in studio. 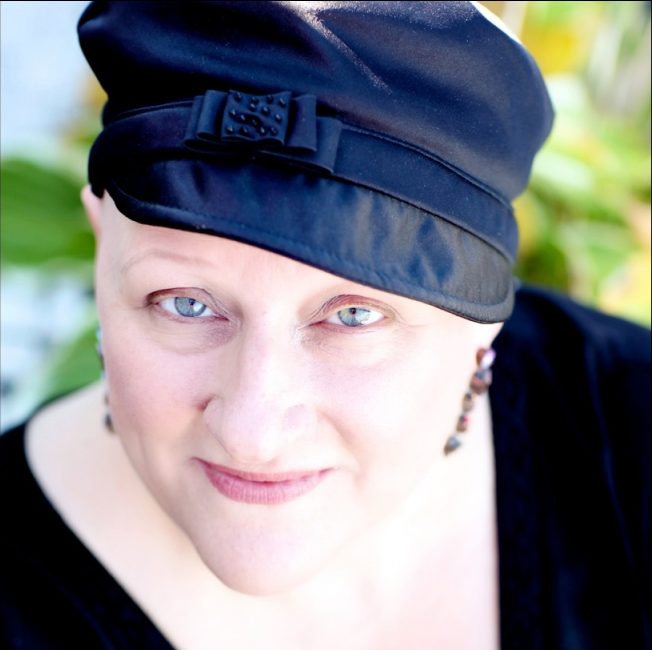 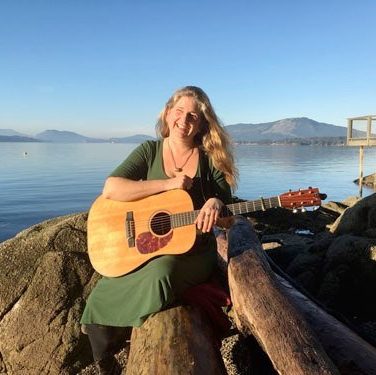 Jenny Lester is a dynamic Bluegrass performer and recording artist who has established herself as an important singer/songwriter and multi instrumentalist. Her original songs are carefully crafted in the bluegrass convention while displaying a contemporary freshness and that breathes new life into the fabled “high lonesome” sound. She studied at South Plains College in Texas and has three Golden Reel awards.

Karla Mundy is a vibrant, soulful and diverse vocalist, pianist, arranger and choir leader. Karla directs Rhythm ‘n’ Roots and Harmony Mountain Singers in Vancouver, the City Soul Choir, the Island Soul Choir on Vancouver Island and EarthSounds on Bowen Island. Karla leads harmony singing workshops throughout BC and organizes many singing camps, workshops and singing study trips abroad. Karla is a founding member of the No Sh!t Shirleys, TriVo, Cleia, Plough, Tanglewood Trio and Big Whoop! Karla is passionate about teaching harmony singing, getting the music off the page and digging deep into new musical territory. She released her first solo CD called ‘Way Back’ in 2012 and is a Mom! 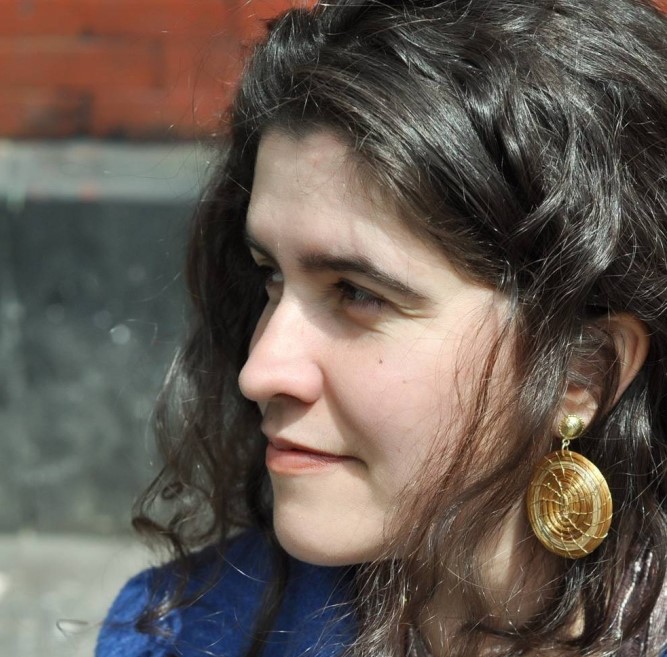 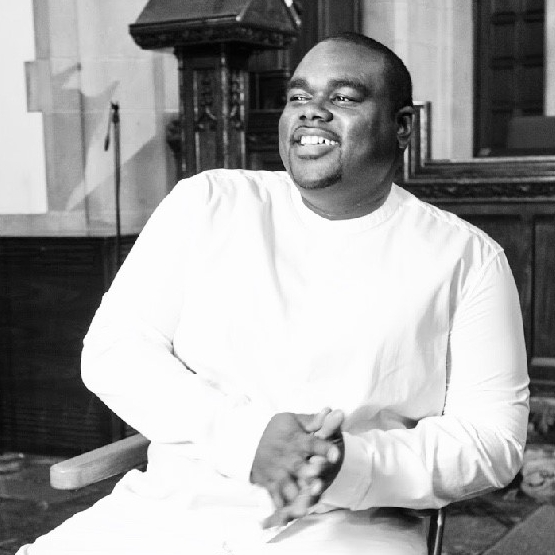 Lonnie Norwood, Jr. is a vibrant teaching artist with special interests in the art of the African American spiritual, Black gospel music, and the insurmountable musical traditions of the African Diaspora. Heavily involved in community arts outreach, he serves as a choral conductor with the Chicago Children’s Choir, providing equal access to the choral arts in some of Chicago’s lower income neighborhoods. 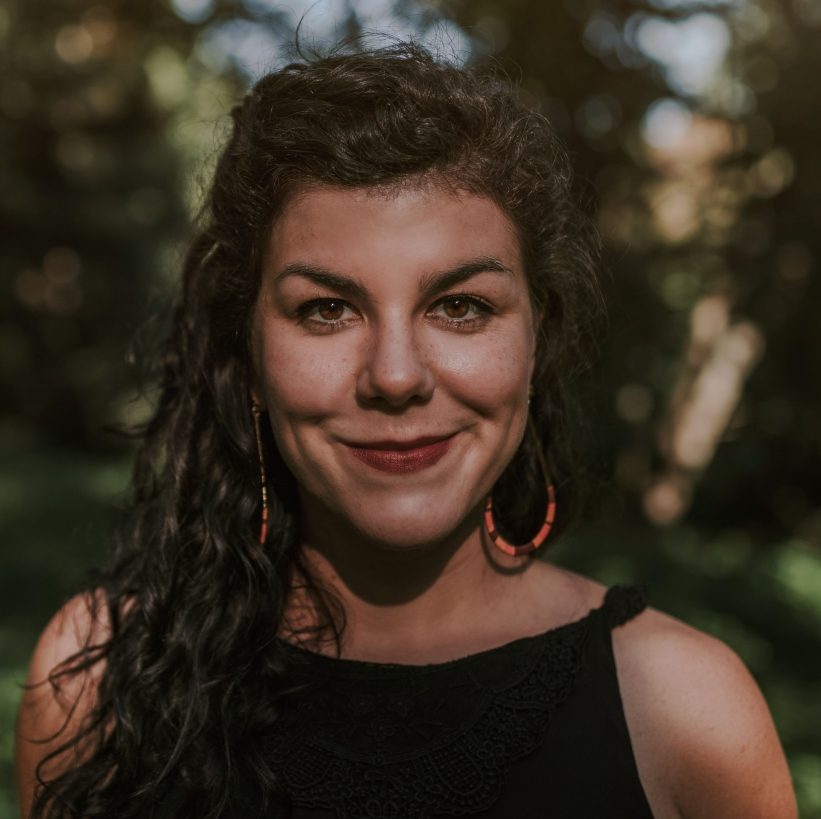 Sophie Michaux was born in London, raised in the French Alps, and now based in Cambridge MA (USA). Although she focuses on classical music, her versatility and musical curiosity have brought her to be an active performer in many repertoires including French Cabaret songs, English Sea Shanties, as well as a variety of world polyphonies: in 2014 and 2017, she toured the U.S and Europe with Northern Harmony, an ensemble that is renowned for its command of varied world ethnic singing styles from the Balkans, the Republic of Georgia, South Africa and the US. She is the founding member of Sophie et Adam,a folk music duet with guitarist and singer Adam Jacob Simon, and of Culomba, a world music ensemble with Adam Simon (Voice, Guitar, Double Bass), and Lysander Jaffe (Voice, Violin), Sora Harris-Vincent (voice and Shruti box), and Avery Sherman (voice) . She has also explored the Yiddish song repertoire, with performances at the Goethe Institute for the Anniversary of the Warsaw Ghetto Uprise and the celebration of musical wealth in the Vilna and Łódź Ghettos during WWII.

Singer-songwriter Susan Ellenton has deep roots in Canadiana (thirteen generations!) and the participatory songs of summer camp. She won her first songwriting contest at twelve, studied piano, flute and guitar as a teenager, then moved to the Yukon and began a life of performing in the early 1980’s. Following studies at Capilano College, she toured widely and was twice commissioned to write the songs for full-length touring musicals.

Hand injuries changed her direction in her early forties. She opened a small music school in Victoria BC (Authentic Voices), intensively explored improvisational painting for several years, then began developing her current specialty, a unique blend of acapella songwriting and storytelling. She leads a small, non-performing acapella ensemble.

Susan also enjoys making silver jewelry, cooking, gardening, spending time with her grandkids, and playing folk clubs and house concerts with her songwriting husband Robert. She is in the process of writing a book investigating the nature of Practice as it relates to songwriting. Music camp has been the highlight of Susan’s summers for nearly thirty years, both as camper and instructor and she is thrilled to be joining the team for Songroots 2021! Susan’s newest album ‘Learning to Listen’ peaked at #9 on the Folk Alliance International Radio charts 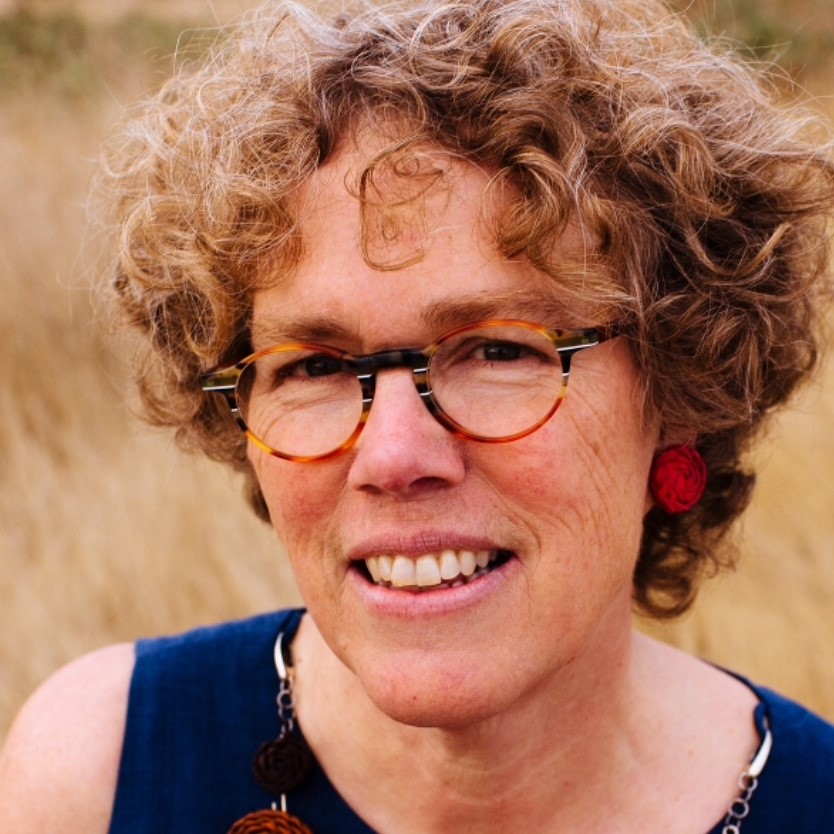